With the release , Road Warrior, northern California trombonist, composer/arranger and educator Jamie Dubberly steps into the the roles of bandleader, and record producer as well, with an offering of afro-Cuban jazz that features many luminaries from the San Francisco bay area latin and jazz scenes and beyond, including current Santana percussionist, and world renowned recording artist/clinician Karl Perazzo, who appears on two tracks. The album has been making waves in the international latin jazz scene, having been recently voted "2011 Next Generation Latin Jazz Album of the Year" on the wordwide latin jazz blog/site "Latin Jazz Corner". Music from the album has also garnered accolades from noted jazz critics such as Scott Yanow (Jazz Times, Down Beat, etc), calling it an impressive effort, and noting that their (Orquesta Dharmas) brand of afro-Cuban jazz is quite infectious and succeeds both as dance music and creative latin jazz and Dan Bilawsky ( All About Jazz) who writes " the group (Orquesta Dharma) performs with the aplomb and assurance of a well oiled machine and, with a frontline of trombone and tenor and baritone saxophones, there's an immediate and unique aural fingerprint". The nine tracks that comprise the album draw from several influences, most notably »Eddie Palmieri (whose composition, Vamonos Pal Monte, is arranged by Dubberly as a tribute to the latin jazz and salsa master), »Poncho Sanchez, and also trombonists Steve Davis ( whose composition The Slowdown appears on the record), Conrad Herwig (Palmieris longtime trombonist), Papo Vazquez, and fellow bay area trombonist/composer/arranger Wayne Wallace, among many others. Dubberly contributes five original compositions that range stylistically from sensual bolero, to soulful cha-cha, to intense 6/8 minor blues. Rounding out the set are two original arrangements of jazz standards, a salsafied take on the Juan Tizol/Duke Ellington classic Caravan, and a blistering up-tempo, rhumba clave setting of Wayne Shorters Footprints. Dubberly, originally from coastal georgia, has enjoyed a varied music career that spans many styles and genres. Currently residing in Modesto, CA, he has performed and recorded as a trombonist with artists and ensembles ranging from the Brooklyn Philharmonic, Emerson String Quartet, and Brass Ring Quintet, to the Jazz Mafias Realistic Orchestra, Steve Davis, Bobby Shew, »Tony Vega, »Tito Rojas, Arturo OFarrill, The Manhattans, Pete Escovedo, Roy Ayers, Lyrics Born, DJ Qbert, and Travis Sullivans Bjorkestra, to national and international tours of many broadway productions. He moved to northern California in 2004, from the metro NYC area, and began working almost immediately with some of the top musicians and bands in the bay area. Finding inspiration from playing with a number of fine salsa and latin jazz ensembles , such as Avance, Louie Romeros Mazacote, and 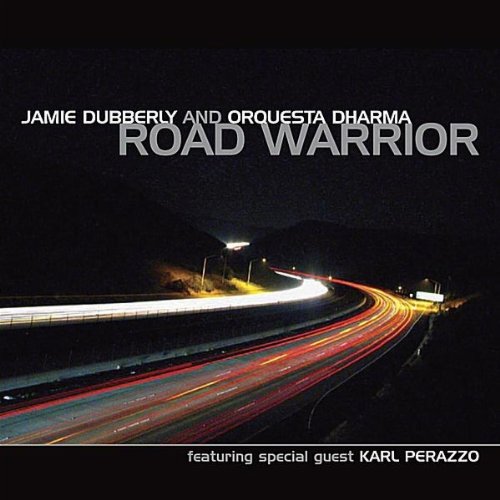